The Top Six Causes of Sleep Problems in School Aged Children (and how to fix them!)

Posted on November 2, 2018 by SarahOckwell-Smith

Do you have a slightly older child and struggle with their sleep? Sadly, ‘sleep problems’ 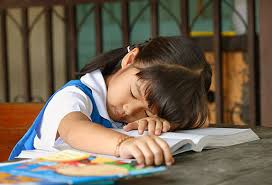 are fairly common throughout childhood. The good news however, is that as children get older, night waking lessens dramatically. Most sleep problems in older childhood usually centre on bedtime resistance and early morning waking. Let’s look at the top six problems – and how to fix them!

1. Expectations has to top the list as the cause of most sleep problems in childhood. Unfortunately, there is a lot of incorrect information about sleep in society that unnecessarily scares parents. Parents are commonly worried that their children are not getting enough sleep, so try to encourage an earlier bedtime, however in many cases, this bedtime is at biological odds of what the child needs. At each age, there is a range of acceptability when it comes to the amount of sleep needed. For toddlers, the average range is 9-16hrs in a 24 hour period, for preschoolers, it’s 8-14 hours in a 24hour period, for 5-11 year olds it’s 7-13 hours in a 24 hour period and for teenagers, it’s 6 to 12 hours in a 24 hour period. If your child naturally needs less sleep, trying to make them take the higher end of average amount of hours of sleep is going to end in disaster. They will resist going to sleep, which makes them secrete cortisol (the stress hormone), which in turn inhibits melatonin (the sleep hormone) and ultimately they will end up going to sleep even later. The best thing parents can do is try to understand the true biological sleep needs at each age and make sure they are not trying to get their child to sleep for too long.

2. Timing: As with expectations, bedtime matters too. We have freakishly early bedtimes in the UK, USA,Canada and Australia. In most parts of Asia, children don’t go to bed until 10pm, interestingly, research shows that Asian parents have far less problems with sleep than UK parents do. A study from Colorado University in the USA, found that most children are not ready to sleep physiologically until around 8pm onwards. Pre-8pm their bodies had not secreted sufficient melatonin to enable a peaceful sleep onset. This is even worse in the spring and summer, when we’re trying to make children go to sleep when it’s still light outside, because light exposure has a huge effect on melatonin

2. Time to reconnect: At the end of a busy day, when children are at school and haven’t seen you all day, they need time to reconnect with you. School and daycare can be very stressful to children. We know from research it takes around 2 hours for their cortisol levels to drop once they get home. When they get home, children need time to reconnect with you and to children – reconnection means playtime! The trouble here is that evenings in a family home are often rushed, with little time for play. We rush from activity to activity to dinner and then straight off to bed. Making time to actively play together as a family, for at least half an hour (but preferably an hour) before the bedtime routine begins has a dramatically positive effect on sleep for most families.

4. Poor bedtime routines. We all need bedtime routines, whatever age. Children need time to wind down and to have clear markers and boundaries at bedtime. A great routine would involve a bath, reading a book together and tucking up in bed and having an end of day chat, follow by an audiobook or a special kids relaxation recording (here’s mine in the UKor USA) Keeping the routine the same every day is really important. Families are often so busy now that bedtime routines get overlooked, but they’re really important. In fact, according to research, they are the most important predictor of child sleep.

5. Diet: Iron deficiency, magnesium deficiency and Omega 3 (fatty acid) deficiency all negatively affect child sleep. Most children don’t consume enough iron rich food in their diet, ditto magnesium (you’re looking at red meat, dark leafy veg, dark chocolate, nuts, pulses and beans – not usually high in the light of what kids consume!) and research has shown that deficiencies cause sleep problems. Similarly Omega 3 deficiency has been linked to less sleep, difficulties falling asleep and more sleep disorders such as night terrors in children. They need to have at least two portions of oily fish (salmon,mackerel, herring, tuna) each week. if not, a daily supplement can be a good idea. Similarly, re. diet – there are a lot of myths out there – many parents avoid sugar because they think it causes hyperactivity and sleep problems – it doesn’t! It actually aids sleep (but I’m not advocating giving children sweets and sugary drinks, they’re bad for them for other reasons). The only foodstuff that can cause issues with sleep if eaten is caffeine – here, you’re really only talking high cocoa content chocolate, tea, coffee or caffeinated cola.

6. Screen exposure and lighting. Research has shown that being exposed to screens 2 hours before bed has a very negative impact on sleep. Even if it’s CBeebies bedtime hour! The programmes stimulate the brain too much and the screens release blue light which causes the brain to inhibit the release of melatonin, the sleep hormone. Turning off TVs, iPads and confiscating smart phones at least 2 hours before bedtime is vitally important and children should never have screens of any sort in their bedroom. Similarly, lighting matters at bedtime too. Most lights in children’s rooms are terrible for sleep. You should never use the main overhead light, or even a lamp with a regular bulb as these also secrete blue light which halts melatonin release. Especially if you use energy saving bulbs. Nightlights are usually bad news too. If your child has a nightlight that is white, blue, pink, green purple or even some shades of yellow (in terms of the light colour emitted), then get them out of the bedroom ASAP! These light sources all inhibit melatonin release and are like adding a giant sun to the child’s bedroom. Instead, look for a low blue-light lamp, or red light – you can find some here.