Skip to content
I hear many myths surrounding gentle parenting. Some of them are so absurd that I simply just laugh them off. There are one or two though that really bother me. In particular the myth that “gentle parents don’t say ‘no’ to their children”. Because, actually – that really isn’t true. NO is not a dirty word and it definitely has a place in my parenting vocabulary.

So, why should you say “no” to your children?

Quite simply, because sometimes it’s really necessary! If your child is about to hit another child, jump on the dog or smash granny’s expensive vase, there are only two words that will do. NO or STOP. Not shouted (because kids really don’t listen if they’re shouted at), but said very loudly and very seriously. Either word is absolutely fine. No (and stop) very clearly tells the child that what they’re about to do (or have just done) is categorically not acceptable. It is short, brief and to the point and absolutely cannot be misunderstood. In a heated/dangerous moment, you don’t want to confuse the children with a lengthy sentence. You have to think about the quickest way to stop something. Above anything else, the safety of your child, other children, animals and precious objects, are vitally important. Safety trumps *anything* in my opinion. That’s why I put it first in my five step tantrum plan (though – this isn’t just relevant to tantrums – but rather any difficult behaviour): 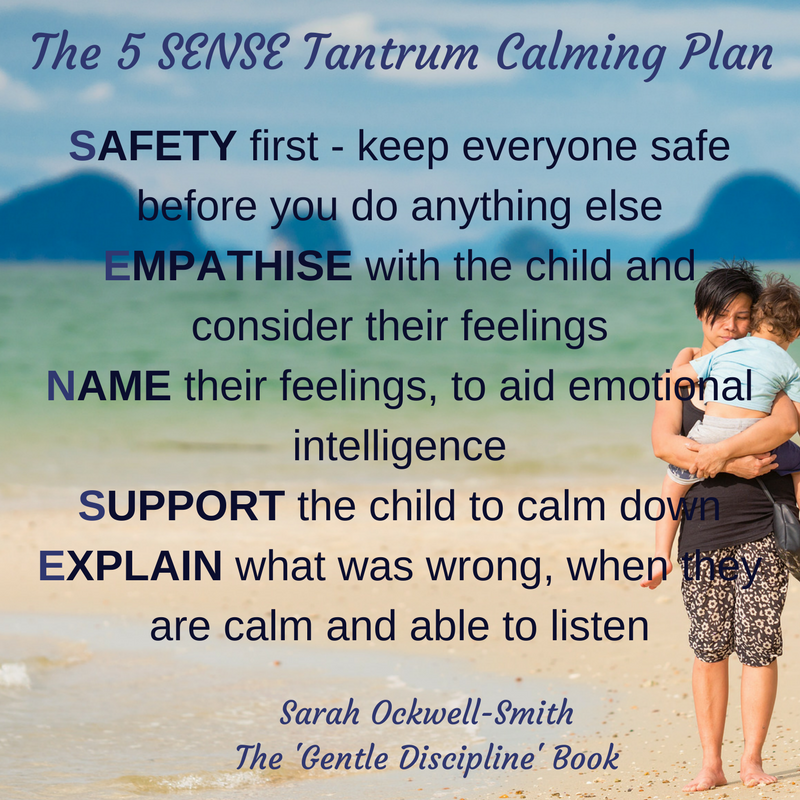 As with my meme above. NO is absolutely fine in the ‘Safety’ section……BUT once safety is secured, it’s time to work through everything else and once the child is calm – then you need to explain. You can’t just leave it at no.

When Shouldn’t You Say No?

What about Yes Spaces?

I’m pretty confused about the idea of yes spaces and why people think they are a gentle parenting thing. A yes space is an environment where the child can do whatever they want, without the adult saying no. Yes, it is a lovely idea and I’d advise all parents to reduce any need to say no, by removing anything that they don’t want children to touch and so on (and questioning the need to say no)……but I think yes spaces do children a disservice. It’s not wrong to say no, but it is wrong to remove any learning from the children. It also feels a lot to me like trying to avoid dealing with big emotions from little people. They can cope with no, if it is said mindfully and effectively (see above) and we support any upset. No is everywhere in life. A little learning in a safe and supportive environment is great preparation for that. Don’t be afraid to say it!

For more on saying no, coping gently with difficult child behaviour and the best way to communicate for effective discipline, see my Gentle Discipline Book (in the UK, USA, Canada, Australia and Rest of the World).