The most powerful thing I learned about childhood eating as a parent, was that picky eating is normal. By normal, I mean there are genuine physiological reasons why it exists and these reasons are often important in keeping the child safe. The relief I felt when I understood that the very behaviour I thought was hurting my son was actually keeping him safe was immense. I hope I can share some of that relief with you in this section as we discuss some of the top causes of picky eating.

Neophobia
Neophobia is used to describe an irrational fear or dislike of anything unfamiliar or new. In the case of eating, it is used to describe the instant dislike children, particularly toddlers and pre-schoolers, take to any new foods, even without tasting them. Neophobia is the norm, rather than the exception to the rule, in young children. While it may be incredibly frustrating to parents, especially after they have lovingly prepared a new meal to introduce their child to a new taste and ingredient, it is actually important to the child’s survival as it helps to keep them safe. Think back to a time before food regulation, sanitised food shopping and ingredients labels. A time when we would have lived ‘in the wild’, when  we would have hunted or gathered our food ourselves. Hungry children would have foraged for food and eaten what they found. From an evolutionary perspective, neophobia would have kept young children safe. By avoiding foods that they had not previously eaten, children would avoid any potential toxins found in the new foods. When young children stick to eating only what they know, they demonstrate an important evolutionary throwback. Although the new foods offered by parents today may be completely safe, the child’s instinctive drive to refuse them is unchanged from the same one that protected children hundreds, if not thousands, of years ago.
Research has shown that most children develop a degree of food neophobia when they turn two years old. Predominantly this means that the toddler will stop accepting new foods that are offered to them, however many also begin to refuse foods that they previously ate.  Children are significantly more unlikely to eat foods at two years of age that they previously ate as babies. This refusal of previously eaten foods may be because the child doesn’t remember eating the food before, or it may be that they associate the food with a negative experience. Sometimes there is no obvious reason for the refusal, however parents can take heart from the fact that this pattern is very common and very normal and usually entirely temporary. Albeit not as temporary as parents would like.

Genetics
Another way that nature protects young children from being accidentally poisoned is to make toxic foods unpalatable. From birth, we favour sweet and savoury tastes and tend to dislike sour and bitter flavours. This is no surprise when you realise that most poisonous substances have a bitter taste. Our innate taste preferences help to keep us safe and prevent us from accidentally ingesting foods that could endanger our lives, in a similar way to food neophobia. The only slight flaw in nature’s plan is that there is a class of compounds contained in certain foods, known as glucosinolates, which are bitter tasting and can sometimes be toxic, but not always. Safe glucosinolates naturally occur in certain fruits and vegetables, such as broccoli, cabbage, kale and Brussels Sprouts and many other green vegetables. The very same vegetables that most toddlers and pre-schoolers dislike so much. Quite simply, there is a very real physiological reason why children don’t ‘eat their greens’, they are genetically pre-programmed not to, in order to stay alive!
All children have a natural aversion to bitter tastes, but some find them much harder to tolerate than others. In fact, some adults still struggle significantly with bitter tasting food. Perhaps you do? Or perhaps you know an adult who does? Again, the reason is genetic and entirely normal.

The bitter compound phenylthiocarbamide (or PTC for short) is detected by a specific taste receptor governed by the TAS2R28 gene. PTC sensitivity is variable, depending on the specific gene encoding the individual has, meaning that ability to detect PTC, or bitterness, is different for everyone. Some people will be sensitive to very small amounts of PTC and have a low tolerance level for bitter tastes as a result, while others will have very low sensitivity and can tolerate very high levels of bitterness, others however will not be able to detect PTC at all. While PTC is not naturally occurring, the ability to taste it is closely linked to the ability to detect other bitter substances found in nature, such as glucosinolates. Those who are ‘strong tasters’, or more commonly dubbed ‘super tasters’ by the media are far more sensitive to bitter tastes than others. Strong tasters make up around a quarter of the population, both adult and child. Research has also found that children with high PTC sensitivity are significantly more sensitive to bitter tastes than adults with high PTC sensitivity. Or, in other words, children experience stronger tastes, particularly bitter ones, more than adults, because our sense of taste fades with age. There is a genuine, physiological reason why young children don’t like green vegetables. There is also hope that they will venture into consuming green foods as they grow older and their sensitivity to bitterness fades.
There are likely other genetic factors governing food fussiness too, not just related to bitterness perception. Research looking at the eating habits of three-year-old twins has shown a significant genetic impact on food fussiness and eating behaviours. Similarly, Children who are picky eaters tend to have parents who are picky eaters, especially when considering vegetable intake. While there is clearly a psychological effect when it comes to the impact of modelling and learned behaviour, there is also undoubtedly an underlying genetic influence too. Too often we expect our children to eat foods that we don’t like very much ourselves, perhaps we may be better considering whether they have inherited the same trait responsible for our own dis-likings, rather than trying to raise children to be better than ourselves.

There are only three aspects of their lives that toddlers and pre-schooler can control. Sleeping, toileting and eating. Parents may control everything in a child’s life, but they cannot make a child sleep, go to the toilet or chew and swallow food. These things are solely the domain of the child. Why does this matter? Because if a child is struggling with autonomy over their own life then eating is one of the areas that can become problematic. If a child feels suffocated by their schedule, too many boundaries, too little opportunity for free and independent play and too little opportunity for child-led activities, then they often seek to gain the control that they seek via their eating. Picky eating may sometimes have its roots in a totally different aspect of the child’s life, although there is often a lack of autonomy felt around actual eating. A good example here is to think about what you ate yesterday. Think about each of the items that you ate, who chose them? Who chose how you ate them? When you ate them? What temperature they were served at? What about where you ate them and the portion size that you ate? Who decided when you had had enough? Or if you had more? The chances are that your answer to all of these questions was “me”. Now think about the same question, but this time substitute yourself for your child. Were your answers any different? We may think that we are giving children control over their eating, but we aren’t, not much anyway. Parents often say to me “but I always give my child a choice – I ask if they want pasta or fish, a cheese or a ham sandwich, cornflakes or porridge”. In response, I always ask the parents to imagine themselves in a restaurant, they are given a menu to choose from, they open the menu expecting to see perhaps ten different options for each course, maybe more. Upon opening the menu however, they find only two choices. Chicken done one way and a vegetarian lasagne. Now ask yourself, if you were in that restaurant, what would you think to their menu? Would you consider it a good menu? Or would you exclaim “wow, what a poor choice, only two different options? This is a ridiculous menu!”. Now ask yourself again, if you are really giving your child a good choice when you let them choose between two different options to eat?
We don’t just take away control over what a child eats though, we also keep control of how they eat it (fingers or cutlery – but only with specific foods, sometimes fingers are OK, sometimes they’re not), where they eat it (at the table), what time they eat it (lunchtime is at twelve o’clock, dinner is at five o’clock), what foods they eat at specific times (cereal for breakfast, sandwiches for lunch – never the other way round), the order they eat the food in (desert always comes after dinner, not before), the temperature it’s served at (“eat your food quickly, before it gets cold”) and what constitutes an acceptable blend of foods (“no, you can’t have fish fingers with custard, don’t be silly”). We also tend to override our children’s hunger and satiety (“don’t be silly, of course you can’t be hungry, you only just ate dinner” and “you can’t be full up, you’ve barely eaten anything all day”) as well as not truly respecting their taste preferences (“oh, it’s lovely, how can you say you don’t like it? Just eat a bit more!”). Research has shown that the more controlling a parent is about their child’s eating, the fussier the child will become. Even those who feel they are giving their child as much control as possible over their eating, most likely aren’t. Giving more control back to the child is an important consideration when trying to improve picky eating. 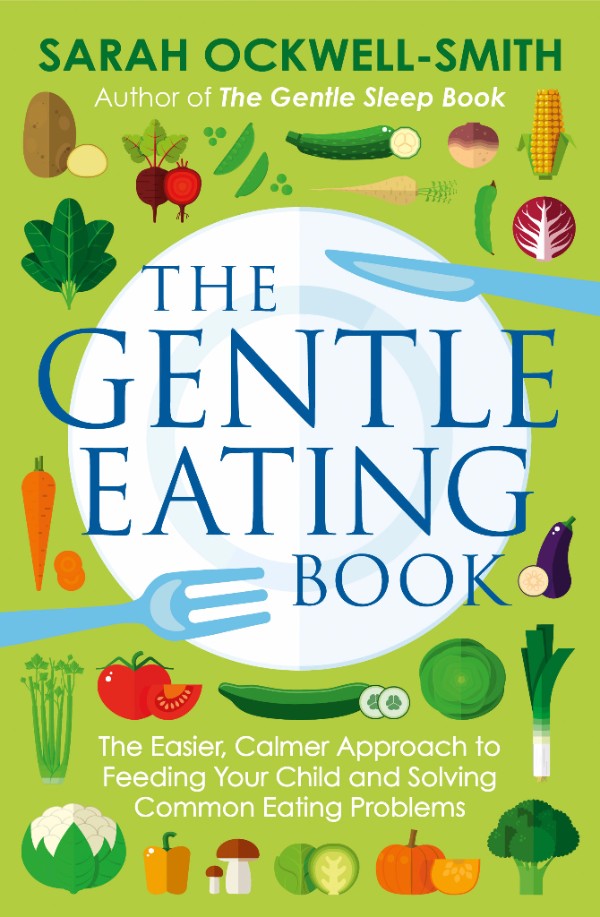 For more on the causes of picky eating – and how to gently change your child’s eating habits, whatever their age, check out ‘The Gentle Eating Book’ – Available now in the UK/ROI, Australia, and Rest of the World.